Essay: A Year of Jeffrey Ford

Will be having some retrospectives in the next three days (trying to tie it all up by the New Year) so there'll be slightly more content than the usual. 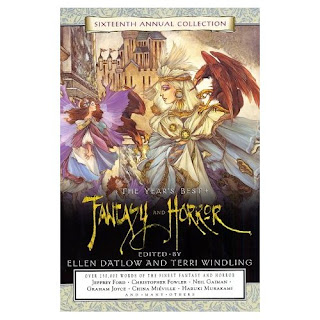 When I first heard of Jeffrey Ford, it was too late. At the time, I was still in college, pursuing my Creative Writing degree, and Ford had yet to publish his wonderful novel The Portrait of Mrs. Charbuque. I was still ignorant of fiction at the time, genre or otherwise, and my typical experience with fantasy was through the epic- and high-fantasy sub-genres. I had at home a copy of The Year's Best Fantasy and Horror and little did I know that Terri Windling would soon be departing from the anthology. Eventually, I read Ford's short story "Creation," thought nothing of it, and forgotten about it until it was brought up by Dean Francis Alfar.

"You have to read this, it's fantastic!" he said.

I dug up the story and re-read it yet the story didn't really register to this adrenaline-filled youth. Where was the action? Where was the drama? What did the ending mean? This fascination with Ford boggled the mind. Thankfully, Alfar had other puzzles to challenge me.

"Charles, as our book pimp, you must find me Jeffrey Ford's novel!"

Of course at the time, the Jeffrey Ford novel meant The Physiognomy and the other books in his Well-Built City trilogy. Save for Vanitas, that was the only novel Ford had gotten published. Unfortunately, tracking down an unpopular book five years old is no easy task. I scoured the Internet, browsed through secondhand bookshops, and even tried ordering it from the local bookstore. In truth, my success only happened by sheer chance. A new bookstore had opened just opposite our campus and a few months into the business, they stocked a of The Physiognomy. It was a no-brainer for me, even as I emptied my wallet of that month's allowance.

Alfar enthusiastically thanked me for my efforts and during one of those weekday nights, I sat down and started reading. To my teenage self, this was a novel that appealed to me. There was action, drama, and a clear antagonist to the story. The setting stirred my imagination and the world was vivid. By the time I returned to the bookstore where I bought my copy, the owner started chatting with me and told me at how one customer was cursing when she found out that I had bought the only copy of The Physiognomy. The store eventually stocked the novel's sequel, Memoranda, and it was quickly added to my collection (and Dean's) before it could be displayed too long on the store shelves (I had this unseen rival after all).

Memoranda mesmerized me in a way that was distinctively different from The Physiognomy. Ford's language was clearly the strength of the book. But what surprised me was how the second novel diverged from the formula of the first one and I actually enjoyed it. There wasn't so much adventure as much as discovery. Action gave way to epiphanies and character realizations. Between the time I read The Physiognomy and Memoranda, something in me had changed. I reread "Creation" and started cursing myself for not realizing the brilliance of Ford sooner. Here was a well-crafted story filled with minute details that felt very real and made the protagonist's father larger than life. And the ambiguity of the ending was simply genius. 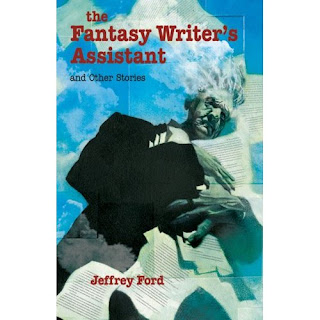 I started scouring for the final book in the Well-Built City trilogy but alas, this out-of-print book would never be found. Again, I tried ordering it from bookstores but failed. My only consolation was that Ford's new novel, The Portrait of Mrs. Charbuque, debuted that same year along with his short story collection, The Fantasy Writer's Assistant and Other Stories. Naturally, I enjoyed both but treasured the latter, especially when I read the last page which mentioned that the book only had a three-thousand print run. I expected American books to have print runs in the tens of thousands, if not hundreds of thousands. I was shocked that Ford's short story collection should only have so small a circulation. Yet here it was, one of the three thousand books in existence, in my hands. Golden Gryphon Press, the publisher of The Fantasy Writer's Assistant and Other Stories, was my hero. 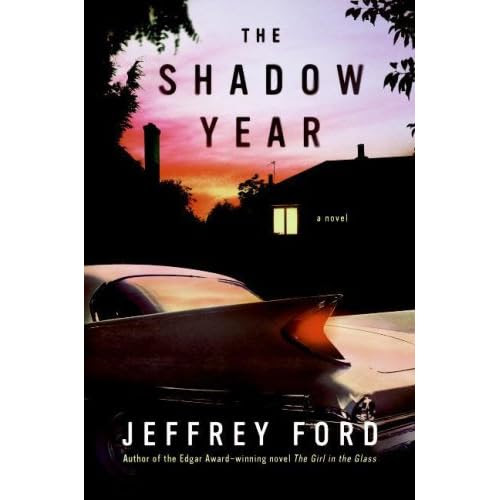 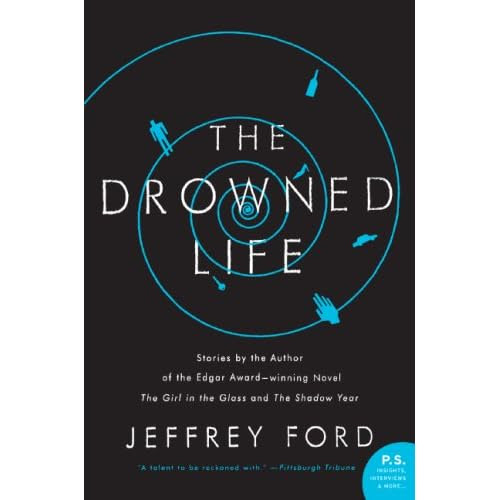 Eventually, I would purchase everything Jeffrey Ford in the years to come. The Girl in the Glass and The Empire of Ice Cream and Other Stories were immediately bought (along with extras for Dean). 2008 echoes that year I discovered Ford. In place of The Portrait of Mrs. Charbuque and The Fantasy Writer's Assistant and Other Stories, we have The Shadow Year and The Drowned Life. And when I finally had given up hope on ever reading the ending to Ford's Well-Built City trilogy, here comes along Golden Gryphon Press, not only reprinting the books but hiring John Picacio to do some of the best covers. 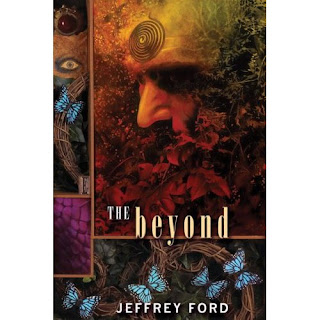 It's come full circle for me. This is also the year that I got to interview Jeffrey Ford for my blog (and that same interview got picked up by SF Crowsnest). I mean how cool is that?
Posted by Charles at 6:19 AM