Essay: What Happened to Philippine Speculative Fiction in 2008?

Okay, I'll admit it: the local speculative fiction scene is manipulated by a secret cabal, a group of powerful and influential people... if you will, an Illuminati.

During last year's annual meeting (we only hold it once a year so that we don't attract the attention of the ignorant Indios), we convened and were pleased with the results: Dean Francis Alfar released a short story collection and an anthology; Neil Gaiman visited for the launch of the book compiling the Graphic/Fiction winners; Kenneth Yu distributed a few issues of The Digest of Philippine Genre Stories. The future went according to plan.

And then enter 2008. Following the formula of our inspiration, we weathered the rampages of World War Hulk (where critics we thought were exiled declared war on speculative fiction [1, 2, 3]) and even had our own version of Secret Invasion (where some spec fic writers suddenly sided with the realist status quo). Remaining faithful to our source material, the Illuminati re-convened but this time with a different agenda. (One of the Illuminati members realized we were all men and so we thought it was time to add some women--or gods--into the group.)

Anyway, one of the discussions we debated (and when I saw we, I really mean me and my schizophrenic mind) was the output for Philippine speculative fiction this year. My initial impulse--the one that takes a look at what is explicit--was to conclude that the year was underwhelming. The only publications which were overtly speculative fiction were Tales of Fantasy and Enchantment edited by Cristina Pantoja Hidalgo (Milflores Publishing) and The Digest of Philippine Genre Stories Vol. 4 edited by Kenneth Yu (Kemdy Prints). (Well, you can include Philippine Speculative Fiction Sampler but I don't want to be too masturbatory mentioning my own work.) Honestly, those two publications aren't exactly the best and the brightest of our output, although there are certainly gems in each such as "The Sugilanon of Epefania's Heartbreak" by Ian Rosales Casocot in the former and "The Last Stand of Aurundar" by Vincent Michael Simbulan in the latter. I was personally looking forward to publications that, in retrospect, wouldn't be published until 2009 such as A Time for Dragons (Anvil Publishing), Philippine Speculative Fiction Vol. 4 (Kestrel), The Digest of Philippine Genre Stories Horror issue (Kemdy Prints), the second Graphic/Fiction Awards anthology (Fully Booked), and a short story collection (Waking the Dead?) from Yvette Uy Tan (Anvil Publishing) (for the sake of disclosure, I'm involved in one way or another in the first three books). If you're optimistic, one could say that whatever glory 2008 would have gained was simply saved up for 2009 (and boy, that year is going to open with a bang). However, I love playing devil's advocate and began to re-assess the situation. Is 2008 really slim pickings when it comes to Philippine speculative fiction or am I just being lazy?

First off, as far as its reputation goes, Philippine speculative fiction has been spectacular. On the international scene, we got six honorable mentions (the highest yet) in The Year's Best Fantasy & Horror and "Excerpt from a Letter by a Social-Realist Aswang" by Kristin Mandigma placed 4th in the Clarkesworld Readers' Poll Best 2007 Story. When it comes to local events, the grand prize in the Philippines Free Press award went to a speculative fiction story, "Keeping Time" by FH Batacan.

As far as fiction published online (and often underestimated medium) is concerned, we have a couple of stories including "The Curse of the Friendly Forest" by Rod M. Santos (The Town Drunk), "Glass" by Nikki Alfar (Fantasy Magazine), "Little Hands, Little Feet" by Kenneth Yu (Alienskin Magazine), the reprint "The Maiden and the Crocodile" by Dean Francis Alfar (Bewildering Stories), "Memos" by Erica Gonzales (Inscribed), and "Ghost Between Moments" by Kate Aton-Osias (Bewildering Stories). I have yet to hear a podcast of Philippine speculative fiction.

When it comes to fiction published internationally (i.e. the US), expats Rochita Loenen-Ruiz and Chiles Samaniego got included in the Weird Tales "International Issue" (Wildside Press) with their stories "The Wordeaters" and "Time and the Orpheus" respectively. Dean Francis Alfar also has a story in Daniel Olson's Exotic Gothic 2: New Tales of Taboo (Ash-Tree Press) entitled "Remembrance".

Where I think local speculative fiction truly shined this year were in the magazines and the periodicals, especially the ones wherein one doesn't think to look for such genre material. A terrific story, in my opinion, is Yvette Uy Tan's "Seek Ye Whore" (a pun on the actual city Siquijor) which got published in Rogue Magazine's July 2008 issue. Also some notable fiction in Rogue Magazine is "Tell It to the Sky" (December 2007/January 2008) and "It's Not Me" (August 2008) by Luis Katigbak (although it can be argued that the latter story isn't speculative fiction) and "Bound" (May 2008) by Nikki Alfar. Story Philippines's first issue in 2008 (released in early February and one of their two "quarterly" issues for the year) featured well-written stories such as "Sonia Makes A Baby" by Rebecca Arcega and "Princes of the Sultanate" by Dean Francis Alfar (at this point, I'm tired mentioning his name). There's also "Thirty Two" by Elyss Punsalan in their second issue for the year. The Philippines Free Press published -sigh- more Dean Francis Alfar including "The Many Loves of Ramil Alonzo" (August 23, 2008) and "Report HC-IK017785A-0097B-006 de Ocampo: Survey of artifacts found in the derelict vessel 'The Malaya'" (November 29, 2008). Other stories in the said magazine include "Her Room Was Her Temple" (November 22, 2008) by Yvette Tan, "Sky Blue" (November 1, 2008) by Celestine Trinidad, "The Nameless" (July 19, 2008) by Chiles Samaniego, and "Wishes Do Come True" (May 10, 2008) by Mia Tijam. The Philippine Graphic published Dominique Gerald M. Cimafranca's "Matrice" in its November 3, 2008 issue. It bears mentioning that there are probably other speculative fiction stories published in The Philippines Free Press and The Philippine Graphic. These were simply the stories that I managed to track down (if anyone wants to buy me a subscription to either magazine or actually notify me about such things...).

Leaf and Shadow: Stories About Some Friendly Creatures by Cyan Abad-Jugo was released under Anvil Publishing's Anvil Young Adult. It features four short stories and includes gorgeous (although at times the reproductions come out too dark to appreciate some of the details) by Frances C. Alcaraz. The stories are written with children or young adults in mind and tackles local folklore with the inclusion of anitos and kapres. 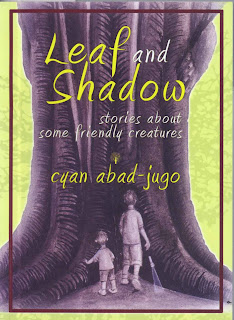 Another children's book is The Night Monkeys published by Tahanan Books. It's an illustrated anthology of stories that won in the Don Carlos Palanca Awards for Children category. Recognizable spec fic authors are included in their roster such as Cyan Abad-Jugo (in fact the same story is reprinted in Leaf and Shadow), Luis Katigbak, Nikki Alfar, Honoel Ibardolaza, and Yvette Tan. 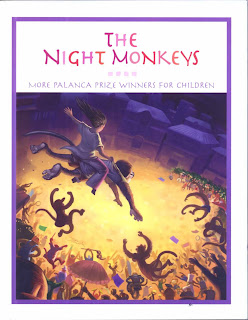 Milflores Publishing also released Marivi Soliven Blanco's short story collection, Spooky Mo: Horror Stories. There are nine stories all in all in this book, including a reprint of her story "Manananggrrrl" which was included in Tales of Fantasy and Enchantment. 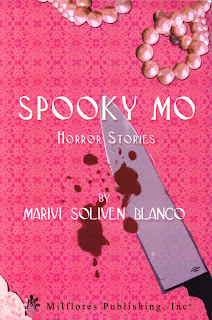 Another stand-out collection is Ultraviolins by Khavn De La Cruz published by The University of the Philippines Press. This is actually a remarkable book because it's bilingual, with De La Cruz's original Filipino text at the left side and translations (by an all-star cast of contributors including Cyan Abad-Jugo, Pearlsha Abubakar, Dean Francis Alfar, Karl R. De Mesa, Carljoe Javier, Francezca Kwe, Angel R. Lacuesta, and Erwin Romulo) at the right side. It's a mix of fiction and poetry and the book describes itself as postmodern. "The Family That Eats Soil" is one of the stories included. 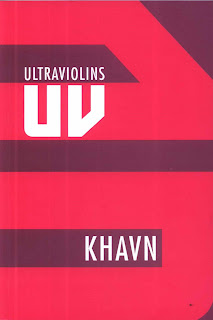 Is that a lot? I think it's a modest number although the real challenge is producing stories that stand out. There are certainly some stories that I'm keeping my eye on but it's certainly not enough to produce a thick tome like St. Martin's Press's The Year's Best Fantasy and Horror.
Posted by Charles at 12:00 AM

i only wrote two stories this year: one's erotica, and the other one is unapologetic domestic realism. so yeah, thin year for me for spec fic. but i also wrote a novel -- which may have taken away some of my impulse to produce more. new year wish: write more.

i've been marked as a traitor to the cause! an enemy of the revolution!! OH NOEZ!! XD XD

(i'm curious: did one of you "illuminati" really think you lacked women in your group? if so, who was it and when/where was it said?)

Bhex: The Illuminati is a joke (along with the first three paragraphs). Just look at the first image: there's no women in there! It's a bunch of alpha males.

thanks for the clarification. sorry i missed that part of the big joke :P

Thanks for the mentions. :) I think The Night Monkeys is a particularly strong set of stories (um, and not just because I'm in it).

I found the Illuminati idea amusing, if only because it's kind of funny to imagine Mikael Co as an avenging Hulk. (Which means Adam is Miek of the Warbound, he he.)

"i've been marked as a traitor to the cause! an enemy of the revolution!! OH NOEZ!!" -- Even worse: apparently, Bhex, we are Skrulls. ;)