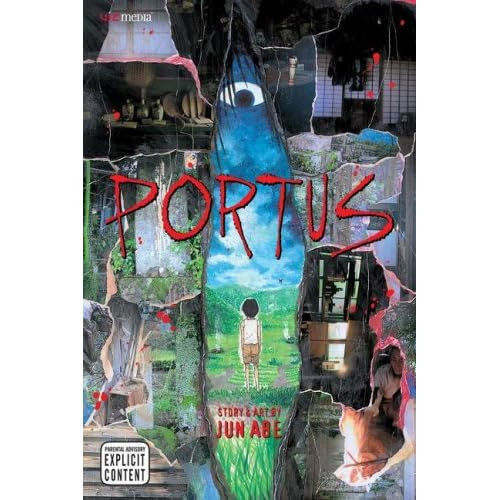 I must admit, I've never been so polarized about a particular title. On one hand, if you've been living in a cave for the past decade and never seen any of the J-Horror films like Ringu and Ju-On, you might rave about Portus. The piece is moody, the art fits the theme, and there are subtle and not-so-subtle details that contribute to the horror. Having said that, Portus is also very formulaic. If you've seen any of the J-Horror films, this manga follows their pacing and style too closely, right down to its urban legend origins and its ambiguous ending. In fact, the first thing that came to mind when reading Portus was that it was reminiscent of Ju-On, including the artistic details such as seeing a monstrous face in one of the characters's hair. Portus is too much of a clone, although it is a well-written and well-presented derivative. If you're looking for originality, this isn't the title for you. If you don't mind seeing more of the same old stuff (or actually never seen a J-Horror film), then Portus is excellent.