First things first: there will be a 3rd Graphic/Fiction Awards next year. So start writing/drawing! Actually, there is no first place winner for comics this year and so for next year, the writers/artists can hone their comics better by starting to work on their comic as early as now. Oh, and the page count gets boosted to 20 pages! (But just because you can do 20 pages doesn't mean you have to!)

There is also a new category in the Graphic/Fiction Awards: short film.

Second, let's move on to the winners:

Related Links:
Commentary: Several of the winners got to kiss Neil Gaiman.

Signed Materials: If you buy a set of the Expeditions (prose + comics), you get both at a discount and one of them has a signature by Neil Gaiman (the books are at the cashier). There's also a surplus of signed Beowulf script books so you can get them at Fully Booked as well (it's in the New Arrivals section). Several signed accessories (bookmarks, notebooks, posters, etc.) were also raffled out that day.

More Neil Gaiman: There was a press-con before the event but unfortunately I wasn't invited (tell Fully Booked to count me as media the next time!). There was also a series of one-on-one interviews conducted afterwards so stay tuned on programs like MTV and NU107 for their Neil Gaiman coverage. After the event there was also a dinner with Neil Gaiman for various VIPs (mostly the winners both last year and present) and there were some interesting questions that Neil Gaiman answered but again, I'm no VIP so I wasn't present. 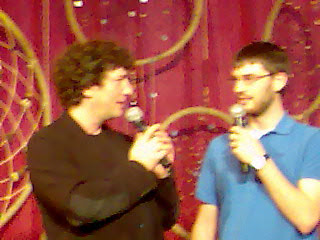 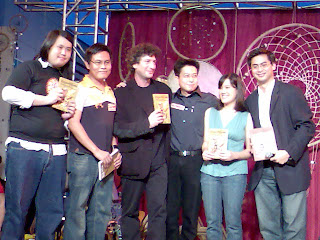 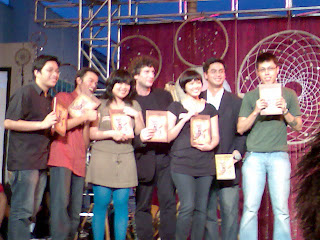 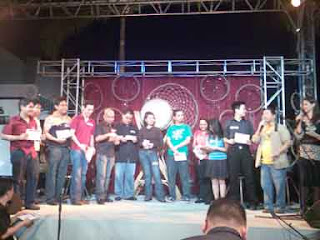 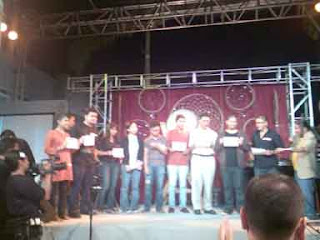 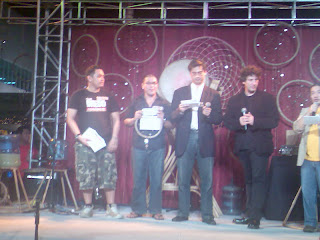 Heubert,Gerald (I don't know which of the two is which), Jaime Daez and Neil Gaiman 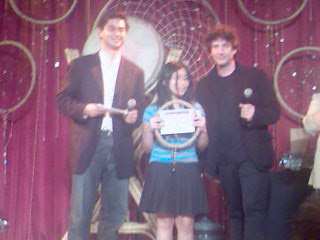 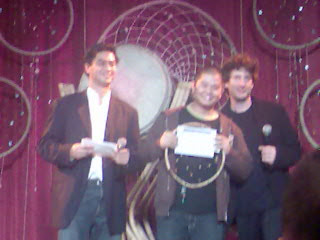 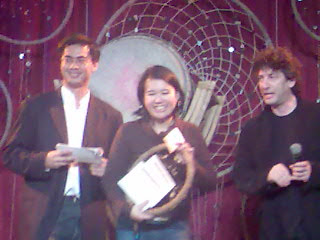 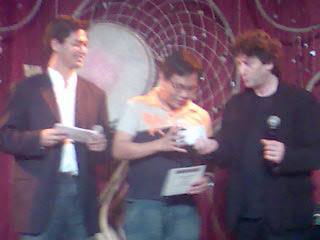 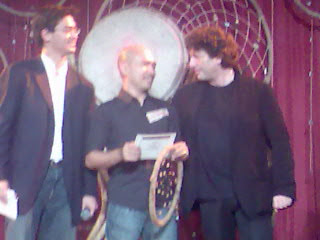 This video was shown at the event but it was created in 2006.


Neil's Most Memorable Moment... The Proposal
Posted by Charles at 9:57 PM

hi :) I was at the Neil Gaiman press con at Fullybooked. I posted my pictures and a short description of my day at my blog/multiply. :)

forgot to tell you about your picture in there, hehe. :D