Book/Magazine Review: The Search for the Red Dragon by James A. Owen 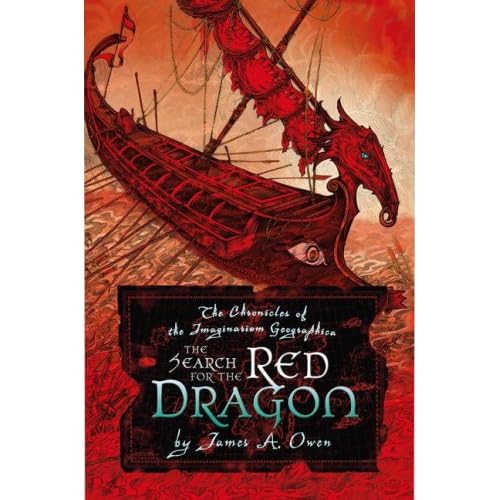 The previous book, Here There Be Dragons, had a clean ending but The Search for the Red Dragon manages to create a new conflict that's tied to the original adventure.

Suffice to say, the strengths--and weaknesses--of the first book is pretty much the case here. The illustrations preceding each chapter is gorgeous and James A. Owen's writing is plain, simple, and easy to get into. The mystery and dilemma is quickly established and the book has a "young adult" feel in terms of pacing and narrative technique. For example, I didn't expect death to be common in the novel, or at least it would seldom be directly shown, and that prediction was pretty much on the dot.

My complaint is that Owen is sparse when it comes to the physical descriptions of his characters. When it comes to our various protagonists, there's really not a lot of detail. Whether Owen is relying on familiarity with the previous book, the included illustrations, or perhaps to get into the action quickly is best left for the reader to decide. As for the new characters and villains introduced, they're given ample description lines--perhaps more so than the established characters. Since the author also mentions and draws upon many myths, legends, and existing books, I don't know how effective that is when it comes to unfamiliar readers. Personally though, it all worked for me and the tension is high when Owen reveals who this or that character is supposed to be.

Overall, The Search for the Red Dragon is quick and enjoyable, and adult readers will find Owen's various references a treat as he manages to tie real world history with myth. As far as characterization goes, Owen relies more on the personality and dialogue of his character which for me works and helps the narrative focus on the action.
Posted by Charles at 5:46 AM