The end of October was more like Murphy's Law than Halloween: typhoon, a 16-hour power failure, blurry vision, and my stye.

On positive news, I won the Last Drink Bird Head Award for International Activism, and as I mentioned in my virtual acceptance speech, such a category wouldn't be possible without the stalwart efforts of James & Kathy Morrow, Lavie Tidhar, and the international authors which we're promoting in the first place. Also check out SF Signal later in the day as we start The Apex Book of World SF interview series (what, you thought that just because I won an award that I could already relax?). The biggest news, however, is the New Awards For SF&F Translated Into English.

Local writers Joseph Nacino and Karl de Mesa has a call for submissions for Filipino horror as they assemble a virtual anthology entitled Demons of the New Year.

Interviews
Advice/Articles
News
At this point, my vision's blurry so here's your magazine plug: 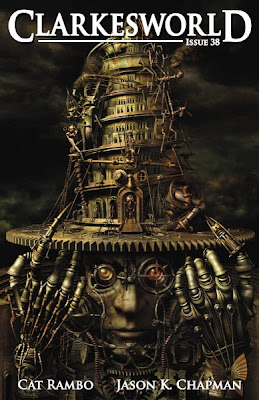 nup, the title of the antho is 'the demons of the new year'.