Book/Magazine Review: Waking the Dead and Other Horror Stories by Yvette Tan 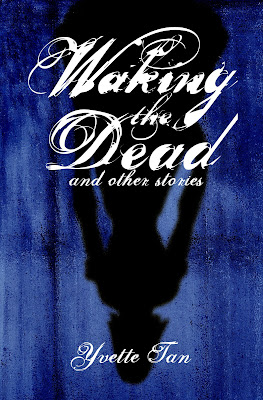 Yvette Tan is one of those Filipino writers who dared to write speculative fiction before it was fashionable to do so. It's actually a surprise why she hasn't released a short story collection sooner, and Waking the Dead and Other Horror Stories is this quaint collection that looks and feels like a chapbook.

I'll be honest, Tan's fiction never grabbed me at first glance. The problem with her earlier work is that she employs a slow but methodical technique, and if you're the type (I am) that looks for something that immediately engages you, it's likely that you'll drop the book before you get to the good part. This is the case with some of Tan's most lauded stories, such as "The Child Abandoned" or "Sidhi". I wouldn't necessarily call this a weakness on Tan's part as this technique gives way for detail and heavy characterization.

Waking the Dead and Other Horror Stories however is a progression of Tan's growth as a writer. More of her recent work don't have this problem and possess an initial hook that just won't let go. "Boss, Ex?" for example is atmospheric and captures a once-popular locale in Metro Manila, distilling its core elements and projecting it into a science fictional horror piece. What I'm really impressed with, however, is "The Bridge" which is one of Tan's most ambitious pieces. Relying more on description and the reader's zeitgeist of Filipino culture, Tan alludes to a prominent political figure without mentioning her--or the protagonist's--name. It's perhaps not the tightest story as Tan throws a lot of interesting elements that aren't taken to their full potential but it's a well-wrought story that doesn't take the easy way out, and produces a mix of emotions. There's also "Daddy" which blurs the line between autobiography and fictional horror that constantly makes the reader question which part of the narrative is fabricated and which is true.

Not that there aren't disappointments. For example, you'd normally expect your titular story, "Waking the Dead" to be one of the more powerful pieces in the book but because it's a flash fiction piece (and my bias against the form might be coming into play here), it feels like a one tricky pony that lacks a certain weight. No doubt "Waking the Dead" makes a great collection title but the story itself leaves a poor impression. There's also nothing that makes the book look unprofessional (whether it's due to the publisher or the author) when your collection, which features a lot of reprints, lacks a proper bibliography.

Despite my complaints, Tan is one of the writers who injects literariness into the the local horror genre and covers a unique niche in the speculative fiction scene. This isn't the tightest collection, but it certainly has its fair share of gems.
Posted by Charles at 7:41 AM

Hi Charles! Glad you liked "The Bridge" and "Daddy," those were my favorites too, in what I believe to be a very strong collection. :)

I fear, though, that you may be fixating on the 'bibliography' aspect -- you mentioned it in your Philippine Spec Fic overview as well -- when a quick shuffle through the shelf next to my desk turns up quite a lot of single-author short story collections that eschew the explicit identification of original sources: among them "The Quantity Theory of Insanity" by Will Self, and "An Amateur's Guide to the Night" by Mary Robison, two excellent books. On the local front, Tara Sering's collection "Reconnassiance" also lacks any such biblio info.

Of course, it would be nice if all books listed all the sources of their material. But in the case of fiction collections, I don't agree that it "makes the book look unprofessional." (And btw, in the case of "Waking the Dead," all the publications where the stories first saw print are listed in the Author's Note.)

Anyway, thanks for reading and reviewing. :)

I liked the Stella/Star story very very much.