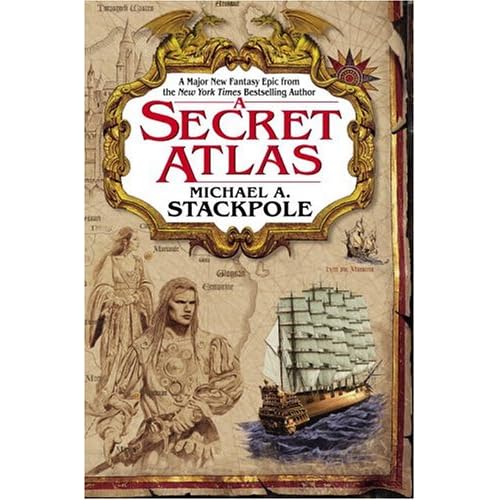 There was a time when I enjoyed reading mainstream fantasy novels but these days, I find that my tastes have greatly differed. I was under no illusion when I bought A Secret Atlas that it was a mass market fantasy series so what made me do it? Well I was listening to Michael Stackpole's The Secrets podcast where he talks about the craft of writing and well, his primary material was this book. After hearing the plug enough times (marketing works!) I finally gave up and got the book. So how was it? As far as its genre goes, it's very well written. The prose isn't literary, but it's smooth and enjoyable reading. There are also various characters in the novel and Stackpole gives them enough spotlight to showcase their motivations. For the most part, it's your standard fantasy story without being too obvious it's that kind of story. The only problem I had with the book is that it's clearly the first novel of the series. Most of the chapters are spent on building up suspense and setting the scene for something big--which we unfortunately do not get to read in this novel. It's certainly served its purpose in whetting my appetite and looking forward to the next book. As long as you know what you're getting into, A Secret Atlas is a welcome read. It's certainly serving me better than my previous Terry Brooks or David Eddings or Raymond E. Feist fare.