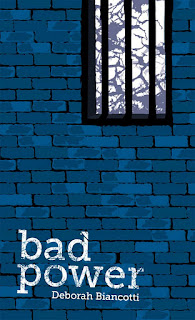 For me, it's interesting how Western culture has commercially appropriated the term superheroes. In many ways, it's an over-examined construct that's often been linked to spandex-clad characters. Japan, for example, has no shortage of people possessing strange, uncanny abilities rivaling that of Superman or Mr. Fantastic, but we don't call them superheroes. If you distill them down to their core concept, they are nothing more than fantasy — or science fiction, depending on your poison. Unfortunately, at least as far as fiction is concerned, most attempts to tackle the superhero sub-genre, when they're not media tie-ins, end up as either pastiches, homages, or parodies. Enter Bad Power, a collection which utilizes elements that we've come to associate with superheroes, but Deborah Biancotti avoids the baggage that usually comes with the term, especially since she never uses it.

The stories in Bad Power revert to the core concept of superheroes. The characters don't have spectacular origin stories, but revolve around dealing with the fantastical in the what appears to be the mundane world. In many ways, it's reminiscent of what made the TV show Heroes good, while avoiding the pitfalls it made. It's not because Biancotti avoids the term superheroes, but rather due to her avoidance of overused tropes and conventions. Yet she's also tapping into the same zeitgeist, as evidenced by the title, or the way she subverts those cliches. There are no supervillains in the book for example, although some characters are clearly flawed and immoral.

There are two things you need to know about Bad Power. The first is that it takes place in the modern world, with the public remaining mostly ignorant about the existence of people with powers. The second is that the book contains five stories, each a standalone piece, but are also connected so that reading all of them creates a holistic description of the setting. Some of the stories work better independently than others. "Cross That Bridge," for example, is perfectly readable even if you haven't read what preceded it, although doing so adds another layer to the narrative. "Web of Lies," on the other hand, doesn't have as much of an impact, unless you understand the backstory behind it, or the implications of the ending.

Biancotti's technique always revolves around character, or more precisely, her primary protagonists. It's not only through their perspective that you view the world, but you also sympathize with them and relate with their circumstance. It's what makes "Bad Power" and "Cross That Bridge" the strongest stories in the collection, because it leaves this emotional resonance rather than simply piquing your sense of mystery.

For the most part, Bad Power is an interesting and fun read. It's brief enough so you never get tired, and the order of the stories (read it in chronological order!) has a significant bearing on how you interpret them.
Posted by Charles at 12:10 AM