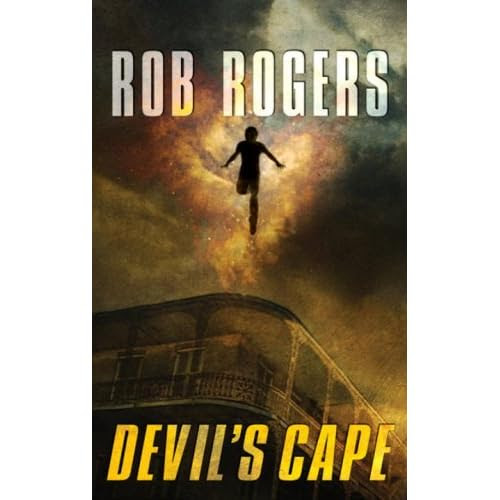 While the superhero genre is prolific in comics, that's not the case when it comes to fiction (save for the occasional foray from the likes of Chabon or Grossman or the media tie-ins). Rogers tries his hand in the genre with Devil's Cape and delivers something quite different. The author makes great use of the novel format as a good chunk of the book is spent establishing the history of the setting and its various characters. These scenes tend to capture the atmosphere of crime fiction (so we know that if the superhero gig doesn't work out for Rogers, he can always shift to the crime genre) and paints dark picture of the city Devil's Cape. The other half of the book is pure superhero goodness complete with origin stories. While the protagonists of the novel are reminiscent of DC's Trinity (Superman, Batman, Wonder Woman), Rogers puts his own spin on them and delivers three-dimensional characters who have their own distinct motivations and complications. I have an issue with the development of one of the characters but overall, Rogers does a good job of handling his heroes and portraying them as less than altruistic and flawed. Another element going for Rogers is the he avoids the possible pitfalls when writing superheroes: while our heroes are quite impressive in terms of capabilities, the enemies they face always prove to be a challenge to them. Also impressive is towards the end, there is a massive grand melee that Rogers manages to execute competently in prose. Overall, this is a superhero novel that delivers something quite different--something of a cross between Mario Puzo and Marvel's tragic superheroes. If you want gritty superheroes complete with action and drama, Devil's Cape has your name written on it.