Book/Magazine Review: The Witnesses Are Gone by Joel Lane 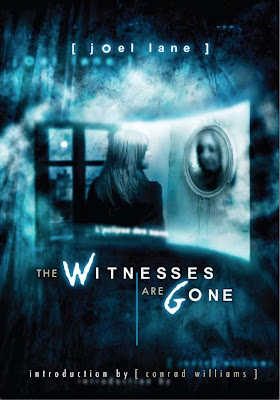 I was never the person who enjoyed H.P. Lovecraft's writing. When I asked fans what they liked about his fiction, they said that he successfully conjured an eerie atmosphere, not dark but creepy and foreboding. That's precisely how I feel when it comes to Joel Lane's The Witnesses Are Gone. In just the first chapter, three pages long, one already senses something about the text: subtle and insinuating rather than direct and overt. As one progresses through the novella, there's this slow build-up but Lane never tips his hand, sustaining the suspense and remaining faithful to the theme of the story.

This is the first time I've read Lane's fiction and I can see his influence on writers like Conrad Williams, who wrote the introduction. There's an elegance to the author's prose, direct and compelling and literary. For example, Lane alludes to the Iraq War but its presence fits perfectly within the story's context, another element of unreality in reality. It's never heavy-handed and the writer knows when to stop. What's even more impressive is his mastery of rhythm and beat as each chapter is only as long as it needs to be (which is to say they're very short) and ends at the right moment. Even when Lane divulges the ending at the beginning, one is so wrapped up in the narrative that previously stated events catch you off-guard. And that's proof of Lane's skill: his plot isn't spectacular--and we've seen lesser writers try their hand at it--but his characters (and ambiance) come to life that the book succeeds in making an emotional impact.

Lane is really talented at what he does and The Witnesses Are Gone is simply one of those books where it simply blows me away and makes me seethe with envy--perhaps because this is the first time I've encountered his fiction.
Posted by Charles at 6:02 AM