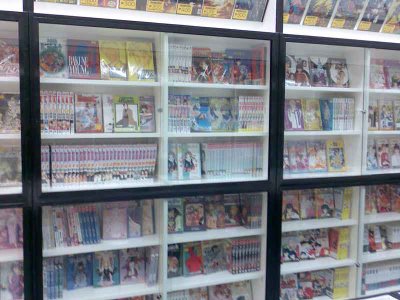 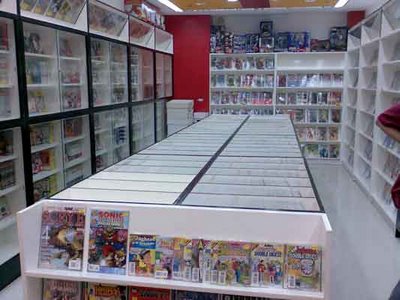 There's a certain feeling when you own a brand new item. It feels so raw, so virgin, so perfect... And more often than not, the said item will never be as good as the first time you open it from the box. In a certain way, brand new comic shops also feel like that, except on a bigger, grander scale. The place is well-organized, the displays pretty and complete, and the comic stocks haven't been touched.

The first time I've been to a sparkling brand new comic shop was during college, when CCHQ opened its doors in Katipunan. Last week, Comic Oddysey set up shop at Robinsons Galleria. I wasn't there during the opening day but I got to drop by yesterday and one could easily get mesmerized. At the center of the shop was a box of singles comics, arranged alphabetically. On the right side were displays of graphic novels and toys, arranged either by genre (I.e. X-Men), or by author (i.e. Alan Moore). To the right were various US-translated manga volumes, from the likes of Ouran to more mainstream titles like Naruto.

Anyway, I suggest you drop by during the weekend because Robinsons Galleria will be having its three-day mallwide sale, so you can discounts.
Posted by Charles at 8:59 AM

Wow, if I was still collecting comic books, I'd be having orgasms now at the pretty pictures.