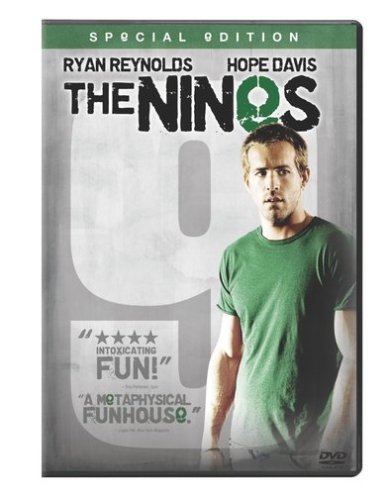 I'm going out on a limb here. I'm a big fan--or I used to be a big fan (I've cut back my blogging read time as of late)--of screenwriter/film director John August's Blog (Go, Big Fish). There's lots of advice on screen writing (and writing in general) on his blog.

Early this year, his directorial debut, The Nines, was released on DVD. I urge everyone who reads this blog to watch it.

I bring this up because I just watched it and thought it was fantastic. Perhaps not in the "this is one of my top 5 movies of all time" kind of film but it's a great movie--one of the underrated movies of 2007.

Unfortunately, the less said about the plot or concept of the movie, the better for the audience. Don't even Wikipedia it. I'd like to have an inkling I know who my blog readers are and I can say that this is the kind of movie you'll appreciate. There are 171 people who "friended" me in Livejournal and I do think this will appeal to every single one of them.
Posted by Charles at 12:13 PM