Last August 25, 2008, I placed orders on some books. I got them from the store today and here's the turnout: 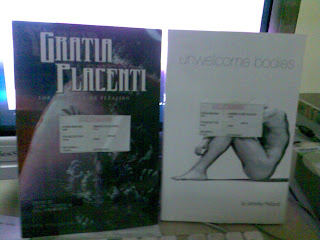 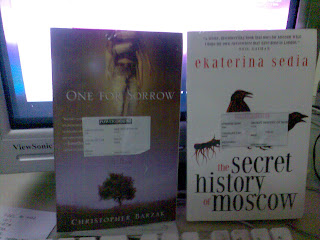 The Good: Well, they did claim it'd be 3 weeks (assuming the right conditions) and it's roughly been 3 weeks.

The Delayed: Sam's Heaven's Bones hasn't arrived. Four books out of five ain't bad. Steve's Magic in the Mirrorstone still isn't on the shelves either.

The Bad: Entire process still isn't as quick as I'd like to be (I'd say the entire transaction including payment took around 15 minutes).

What really bugged me though was that after swiping my discount card in their cash register, the customer service rep told me that discounts don't apply to special orders. Told him that I was given a discount before (and I inquired about it as well when I originally placed the order) but he told me there's a new memo which stopped that. Now I'm fine with company memos but they should have told me that before swiping my discount card in the cash register.

The Ugly: Before I got my books, a customer was inquiring if they had a small book entitled Etiquette. The customer rep typed in the search field Etequette. Multiple times. No wonder the search engine didn't yield any results.

Up Next: Let me just gather my funds as it's been depleted by a personal project right now and the latest D&D books. Will be trying to order books from Small Beer Press and Lethe Press (and the Worlds of Their Own book that I wasn't able to obtain originally).
Posted by Charles at 11:59 AM