Book Review: In the Forest of Forgetting by Theodora Goss 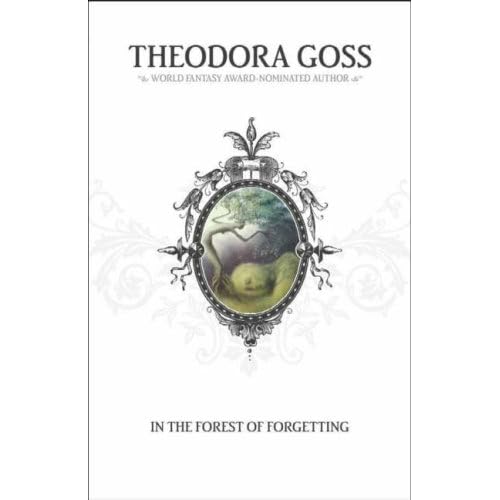 I've heard the term interstitial fiction thrown around but it wasn't until I read this collection of short stories from Theodora Goss that I realized how elegant this fusion of genres can be. Suffice to say, there are sixteen stories in In the Forest of Forgetting, all of which are beautifully written. Goss is not afraid to experiment and while her hybrid fiction can be daring, they remain quite readable through her use of simple yet entrancing language. Here are my top three stories in the book: "Lily, With Clouds" might be short but it delivers a big impact to the reader. It begins mundanely enough with the protagonist visiting her sister who was stricken with cancer yet as the story unfolds, it becomes apparent that the narrator's foil possesses something unexpected. This is very much a story carried through language and subtlety as much as character. "Sleeping with Bears" is readily one of the more blatant use of interstitial fiction as this could have been a normal wedding story if it weren't for the fact that the groom and his family are bears. Again, this is a relatively short story divided into eleven parts yet each mini-chapter is carefully worded as to serve a bigger purpose in the entire narrative. For pretty much the same reason why I enjoyed "Lily, With Clouds", the strength of this story is what is implicit rather than what is explicit. "A Statement in the Case" has a distinct tone of character and atmosphere different from the other stories in this collection. The narrative is simple and readily apparent but Goss transforms a normal crime story into something fantastical and surreal. Overall this is an impressive collection of short stories that challenges genre conventions and proves that you don't have to be difficult or alien to be daring.