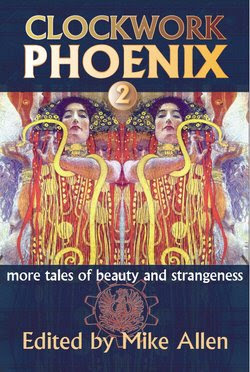 One of the problems with establishing a new anthology series is developing a brand identity. I enjoyed the first Clockwork Phoenix so the question that constantly nagged me is whether the sequel is up to the task. In a certain way, I was setting myself up for disappointment: Clockwork Phoenix 2 is a very different animal from the first and hopefully that's a good thing. There's a lot more willingness here to try and experiment with different modes of storytelling, making each story stand out as it's very different from the one that preceded it. It features a diverse set of styles and techniques while never sacrificing readability.

The stories are, at the very least, competently written, and while there are a few selections which could be classified as science fiction, most of the pieces are fantastical in nature and conjure an atmosphere that tickles your sense of wonder. If you're simply looking for a decent read, you can't go wrong with this anthology and most of the stories are distinct. One problem I had, however, is that Clockwork Phoenix 2 isn't as strong of an anthology as I wanted it to be. Sure, a lot of the stories are good, but I'm looking for great stories, and while there's a few that fall under that category, there's not enough to truly excite me. This might be due to my high expectations of the editor and the publisher, and I can't say that I regret reading this book, but it's still a disappointment that Clockwork Phoenix 2 fails to sustain such a level.

Having said there, here are three stories that stood out for me, and more of what I'm looking for: "At the Edge of Dying" by Mary Robinette Kowal starts out strong with a descriptive action scene but readers soon discover that's merely the tip of the iceberg. It's been my experience that there are two types of readers, one that prefers a story with a good concept or plot, while the other favors character and technique more. Kowal manages to satiate both types with this story and the excitement never peters off as each scene seems to escalate the conflict.

Another commendable story is "The Pain of Glass" by Tanith Lee. Much like Kowal's story, this piece begins with a powerful scene but the author's talent soon becomes evident as we discover that the narrative isn't told in chronological order. Our expectations are steered in a different but equally satisfying direction, and Lee manages to mesmerize readers with her attention to detail and beautiful language. What's commendable is how the author manages to weave the seemingly-disparate events into an interconnected web that's organic and believable.

I'm not a big fan of fabricated myths but "The Secret History of Mirrors" by Catherynne M. Valente is enough to convince me otherwise. This story is a collection of origin myths and it's due to Valente's skill that they sound authentic rather than artificial. But beyond simply being faithful to tone and theme, the author also anchors these myths with an overarching narrative that's uniquely Valente and very satisfying.
Posted by Charles at 7:17 AM