If I've been relatively silent in the past few months, the truth is, I've been remiss on my reading, among other things.

But here's some recommendations that recently rejuvenated my love for short fiction: 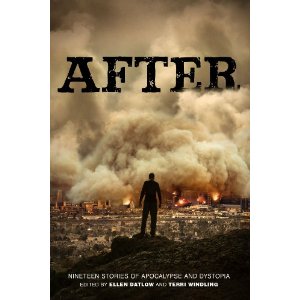 After: Nineteen Stories of Apocalypse and Dystopia edited by Ellen Datlow and Terri Windling

This is one of the strongest original anthologies from the collaboration between Datlow and Windling that I've read to date. As an anthology, the powerful, effective stories are spread out and there's a lot of winners here. "The Segment" by Genevieve Valentine sets the mood for the entire book and provides an unlikely venue for the dystopia: television (not in the Reality TV sense but what many people perceive as news). Valentine's characters however are what wins you over as the nuances and subtlety become evident as you progress through the piece. What if vampirism can be cured? is the question that's tackled in "After the Cure" by Carrie Ryan, which is a grim story about coping, survival, and prejudice. The story felt like it didn't hold back and Ryan lives up to her premise. "Valedictorian" by N.K. Jemisin was impressive with its hypothetical scenario and philosophy that feels organic while "Blood Drive" by Jeffrey Ford features engrossing language and a jovial tone—without ignoring the harsh reality in the background. There are lots of other terrific stories in the book, but these four are the ones that stand out immediately. 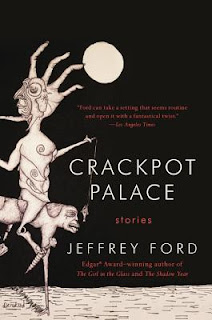 I'm actually only midway through this collection but I'm making a recommendation now for two reasons: the first is that every single story I've read so far does not disappoint, and the second is that I've read several of these stories previously in their original publication, and they're just as effective the second time around. As far as Ford's body of work is concerned, the stories are very different from each other while still retaining the sensibilities that makes Jeffrey Ford's writing Jeffrey Ford: "Polka Dots and Moonbeams" is vastly different from "Sit the Dead" or "The Seventh Expression of the Robot General". It is also of personal interest to me to follow the adventures of the fictional Jeffrey Ford (and his fictional wife Lynne) that creeps up in his stories. I've actually ordered three copies of this book to give to friends... 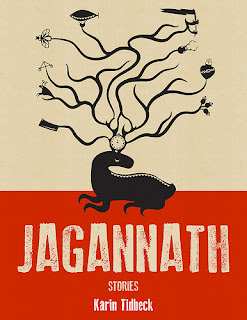 If people ask me to recommend an author from the Philippines, I immediately go with Dean Francis Alfar because when I first encountered his writing, it was unlike anything that I've encountered before. Reading Jagannath is similar to my first experience reading Alfar's work. Tidbeck's sensibilities are uniquely hers and opened my eyes to a different way of reading fiction. On one hand, you have a story like "Beatrice" which features an elegant rhythm and does not draw attention to the illogical premise that drives the story (people falling in love with inanimate objects). On the other hand, you have something bizarre and dark like "Aunts" (aunts are butchered and scavenged). And in the case of some stories, at the back of your mind is Swedish culture and mythology: you know it's being referenced (and adds another layer), but they're not necessary to enjoy the story. There's a lot to digest in Tidbeck's fiction, some of which makes you squirm—which is a good thing. 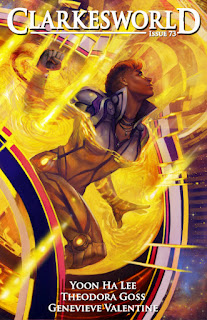 "England Under the White Witch" by Theodora Goss

Ever since Goss's short story collection In the Forest of Forgetting, I've always been eager to devour her fiction. In the past few years, stories that impressed me include "“Child-Empress of Mars," “Singing of Mount Abora," and "The Mad Scientist's Daughter," but Goss's published output for 2012 is just as impressive. "Beautiful Boys" published in Asimov's Science Fiction was a compelling piece and could easily have been one of my favorites for the year until I read "England Under the White Witch." Aside from the elegance of language and the beautiful description, the story struck a resonant chord with me, especially in light of our current political situation. In retrospect, Goss's story could easily have fit in the Datlow/Windling anthology I mentioned above, and it's a story that provides something interesting to readers, whether you're in it for the style, the imagery, or the characters. 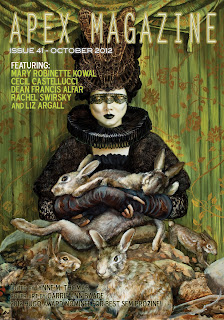 Another author I'm impressed with is Kowal and what I admire when it comes to her short fiction is that she's not afraid to try different techniques, styles, and genres, while still retaining her own sensibilities. "Weaving Dreams" caught me off-guard in the sense that it's unlike anything I've encountered previously but reading it was comfortable because it showed the same precision and care Kowal exercises in many of her stories. It's an alternate history and Kowal combines two mythologies seamlessly, with that fact being integral to the story. Much like Goss, Kowal hits all the right beats, whether it's language, tone, or characterization. But whereas Goss's piece was filled with gravity, this one reminds me that reading is fun.
Posted by Charles at 10:18 PM

I positively enjoy how often we are on the same page as far as fiction is concerned. I will have to add these to my TBR list. I doubt I will ever get the chance to read as much.

I am really looking forward to 'after'. It got a really good review at the last short story podcast (http://lastshortstory.podbean.com/) and has some of my favourite writers in it