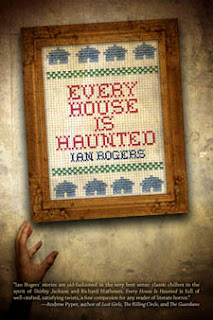 When asked to describe the type of stories in my debut collection, Every House Is Haunted, I tend to pause and try to think about how exactly I should phrase my response.

It would be easy to say the book is a horror collection, but it wouldn’t be entirely accurate. Yes, some of the stories could be classified as “horror,” but not all of them. Some are thrillers or mysteries with a supernatural bent.  One of them, “The Tattletail,” about a kid with a pet demon, would even qualify as young adult.

I prefer to call Every House Is Haunted a collection of dark fiction, which is still a copout of sorts, but it’s also the only way I can describe the ground covered in the 22 stories that make up the book.

This is not to say that I shy away from the horror label. I’ve seen some authors blow a gasket when someone has dared to call them a “horror author.” You’d think they’d just been told they smell bad. Which makes sense, I guess, since those writers who avoid the horror label tend to do so because to some readers it does have a kind of stink on it.

I don’t mind calling myself a horror author, and I certainly don’t mind if someone else refers to me in that way. I’ve gotten over the urge to follow it up with: “Oh yes, I write horror, but not that kind of horror.” By which I meant pointlessly gory horror, with two-dimensional characters and the kind of plots (I use the term loosely) that are more interested in the body count than telling any kind of story.

Although I consider myself to be a fairly big Stephen King fan, when it comes to my own work, I often cite authors like Shirley Jackson and Charles L. Grant as influences. Grant especially with his brand of “quiet horror,” eschewing the “gore for the sake of gore” tales that made up so many books during the horror boom of the 1980s. Which is not to say that I don’t like the occasional gory story. But that doesn’t mean these tales can’t be executed with a certain sense of style. Take, for example, the work of Clive Barker, one of, if not the best, writer of graphic horror fiction.

Grant is also the one credited with using the term “dark fantasy” to differentiate between his brand of “quiet horror” and the gorier variety. While I appreciate Grant’s need to distance himself from those stories, “dark fantasy” is not a term I’d use to describe my own work, mostly because “dark fantasy” is an actual genre to some people, usually referring to tales of high fantasy (knights, wizards, dragons, etc.) with a strong horror element.

I think “quiet horror” is a much better term, both in general and to describe the stories in Every House Is Haunted. After all, when it comes to haunted houses, whether it’s Shirley Jackson’s Hill House, or a “real” one featured on an episode of Unsolved Mysteries, what better way is there to describe the horrors that always start out so innocuously.

At least the horrors start out quiet. The screaming comes later. 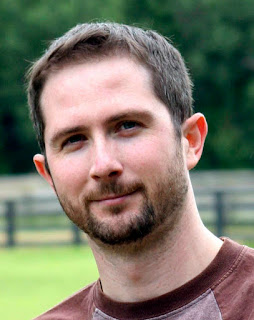