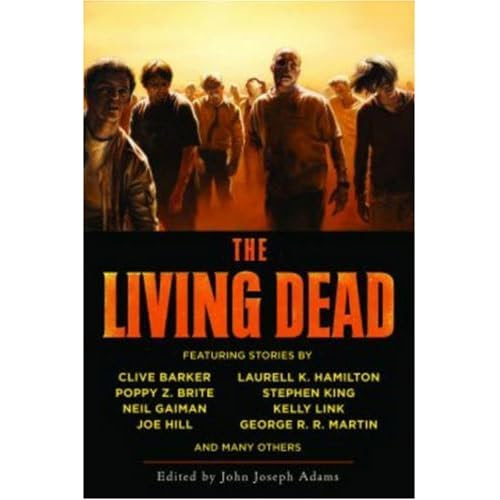 Right from the very beginning, The Living Dead blew me away and this is easily John Joseph Adams’s best anthology yet. The book is quite meaty with thirty four stories and Adams covers a lot of ground, from the literary to the experimental. And surprisingly, I found myself enjoying most of the stories, with a rare few falling in the mediocre range. Picking my three standout stories was difficult as there's a huge pool to choose from and my agendas clash with each other: do I highlight what's politically relevant or what's taboo, what's well written or what's fun?

After much deliberation, the first story that stuck to me was Jeffrey Ford's "Malthusian's Zombie". This is the usual Ford story that engulfs the reader with his characterization and detailed but enthralling writing style. I had read this piece before but this does not take away from the ending which impressed me nonetheless. Ford combines the fantastical with the horrifying and the strength of this piece is that the story's zombie is all too human.

"Meathouse Man" by George R. R. Martin dives into taboo territory but what's discomforting about this story is its emotional resonance. This could easily have been a high school romance story yet it's set in a post-apocalyptic setting with zombie handlers which distills the author's agenda. "Meathouse Man" wouldn't have worked if readers didn't sympathize with its protagonist and Martin succeeds in that part and everything else falls into place.

The anthology ends with "How the Day Runs Down" by John Langan and is original to this book. This short story also caught my eye and is a contender just like the other stories featured in The Living Dead. Langan effectively uses the theater as his setting and tells an epic yet character-driven story of how the world succumbed to the zombie apocalypse. Sprinkle in some humor, horror, and an unconventional narrator and you get an impressive piece to conclude the book.

There are lots of terrific stories in The Living Dead and Adams impressed me with this anthology as it shows he's getting better as an editor--and this easily outshines both of his previous anthologies combined. Quite a must-have book, not just for zombie fans, but for readers who love well-written fiction. There's no sitting on the fence with this book: each story will have an impact on you.