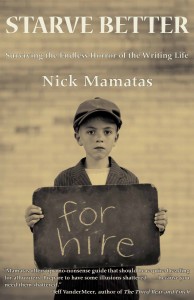 Another guide on writing might not necessarily appeal to some writers, but Nick Mamatas's style is direct and quick to the point. This is focused more on the practical side of things, from craft to earning a living (especially when it comes to nonfiction). One highlight of the book is how it debunks specific writing advice. Writing may not pay all the bills, but as the title implies, there are better ways to be a starving writer, and this book gives you the gritty details on how to do so.

The Heavenly Fox by Richard Parks

When it comes to fiction set in a Japanese setting, there are a few Western writers who manage to pull it off without falling prey to the Hollywood ideal (or worse, an insensitive cultural appropriation) and Richard Parks is one of them. There are points in the story where I feel it would have been predictable but thankfully the authors continuously steers the narrative in a direction that continues to surprise. The characters in the book have a strong voice and the contemplative atmosphere suits the theme that Parks is attempting to instill. This isn't necessarily the strongest piece by the author but it was a fun and memorable journey. 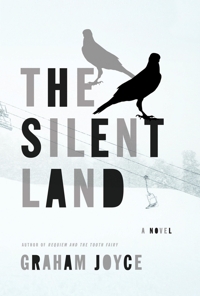 The Silent Land by Graham Joyce

The highlight of The Silent Land is that Graham Joyce transforms a cliche into something much, much more. The novel initially feels familiar but the slow, steady subversion mimics the plight of the characters and combine to create this cold, enigmatic atmosphere. If you just read the first chapter, Joyce won't immediately win you over, but by the end of the book, he proves why he's deserving of his reputation. As an aside, the US version of the book, specifically the cover, is simply beautiful and captures the spirit of the narrative. 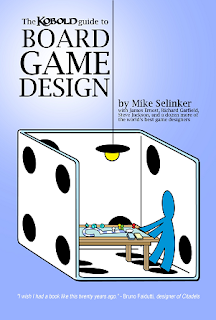 Kobold Guide to Board Game Design edited by Mike Selinker

You'd be surprised what game design and writing have (and don't have) in common but if you're serious about games (and not just board games as the title might imply), this is the book to get. While The Kobold Guide to Board Game Design attempts to be holistic, the book is steered towards a distinct and specific editorial direction (which I agree with). It helps that the writing is compelling and the chapters are broken down into logical sections. The biggest benefit for me are the non-intuitive insights that the contributors arrive at, such as Magic: The Gathering being a game that makes players feel intelligent (rather than simply describing it as a game of strategy, fantasy, or resource management). 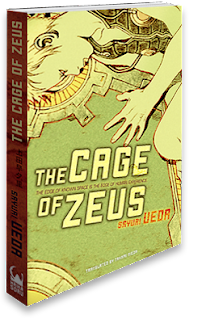 The Cage of Zeus by Sayuri Ueda Translated by Takami Nieda

If there's one novel that I'd nominate for the James Tiptree, Jr. Award this year, it would be The Cage of Zeus. It's not what I'd describe as perfect writing as Sayuri Ueda clearly has some flaws but the strengths of the author more than makes up for this. The book presents a utopian society — one where people have both genders — and tackles the various implications of this, from both a biological, political, and sociological standpoint. The premise might sound familiar to The Left Hand of Darkness but The Cage of Zeus attacks it from a different angle, especially considering that this is coming from a distinct albeit subtle Japanese paradigm.
Posted by Charles at 5:08 AM