A Time for Dragons Book Launch

Here's a couple of photos from paparazzi Kenneth Yu of the A Time for Dragons book launch. Special thanks to Gwen Galvez and Karina Bolasco of Anvil Publishing. 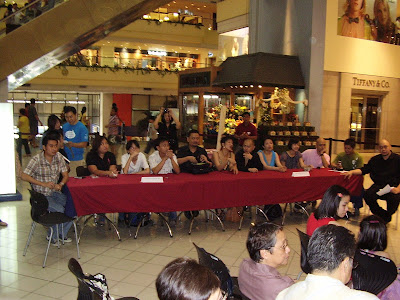 The contributors lined up for the firing squad. 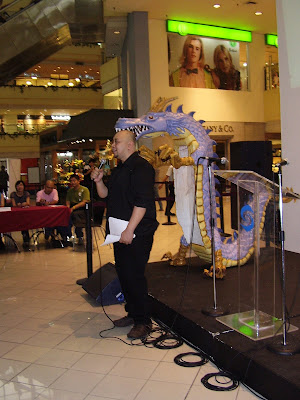 The editor Vincent Simbulan and his dragon familiar. 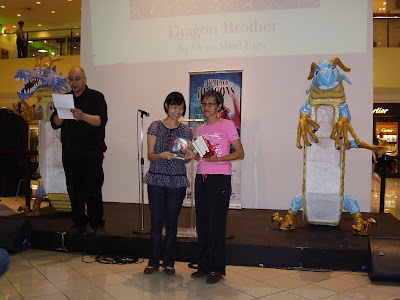 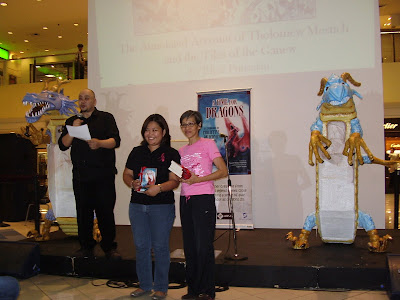 Elyss Punsalan who was once picked up thrice (did I get that right?) in Paris 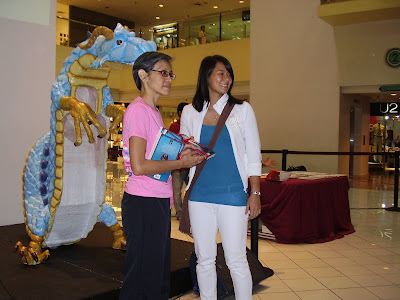 Alexander Drilon couldn't be there so he sent a representative. 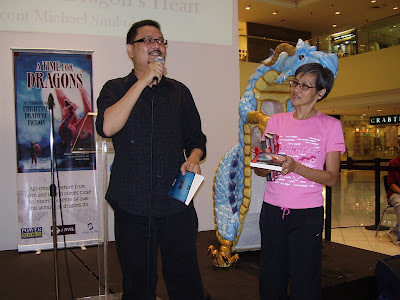 Dean Francis Alfar (who is not the dean of any university) 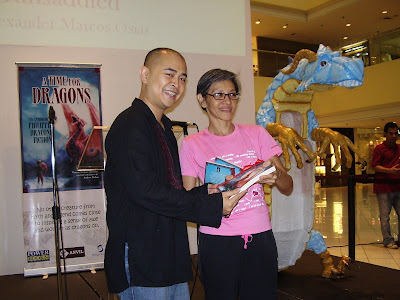 The other Alex in the anthology, Alexander Osias. 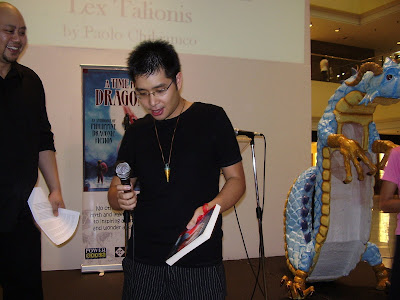 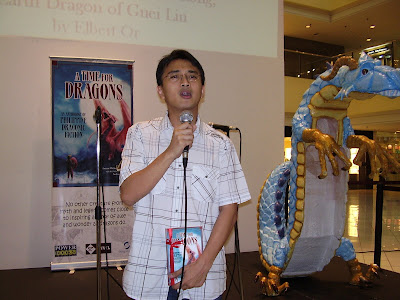 Elbert Or likes to sing karaoke every weekend and once considered applying to Philippine Idol. 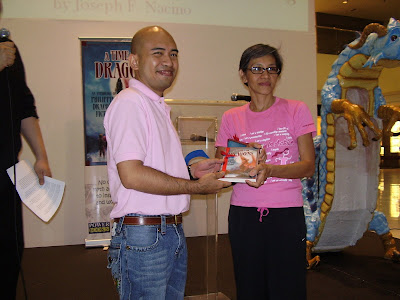 Joseph Nacino who's not afraid to wear pink (he missed the memo that said contributors should be wearing black). 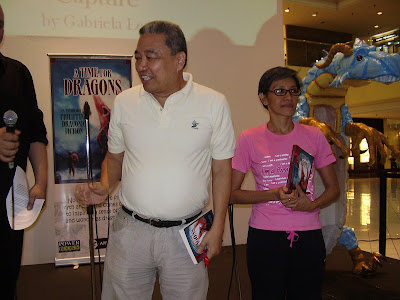 Gabriela Lee couldn't join us from Singapore so meet her dad. 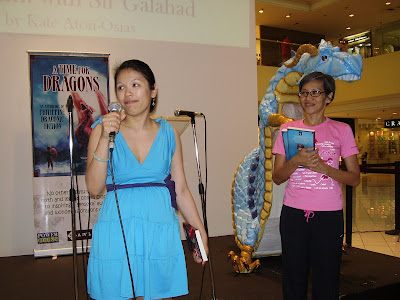 Kate Aton-Osias was just a Kate Aton when her story initially got accepted. 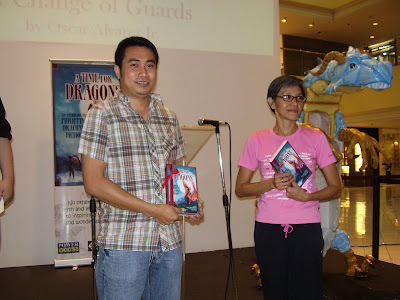 Oscar Alvarez, who doesn't have a blog because he forgot his password. 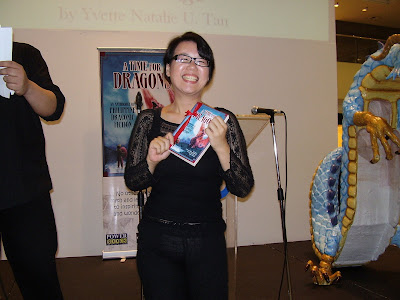 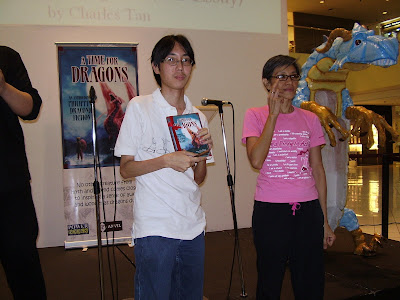 Charles Tan, clueless as ever. 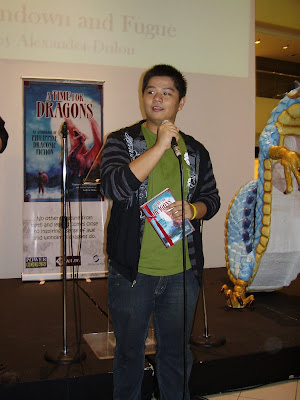 Andrew Drilon happens to have a twin brother who looks like him... 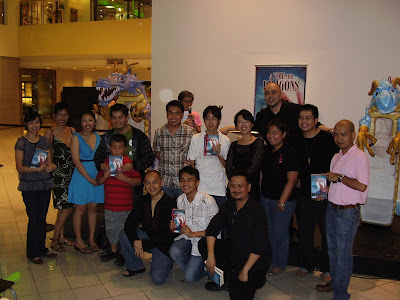 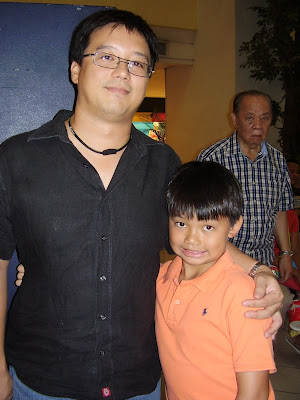 Bonus photo of Jade Bernas, publisher of Story Philippines. Can you count the number of Xaverians in the photos?
Posted by Charles at 5:21 AM

Email ThisBlogThis!Share to TwitterShare to FacebookShare to Pinterest
Labels: a time for dragons, photo

Congrats, Charles! You look so sweet, even with that slight "deer in the headlights" look! LOL

Just slight? I'm supposed to be a perpetual train-wreck...