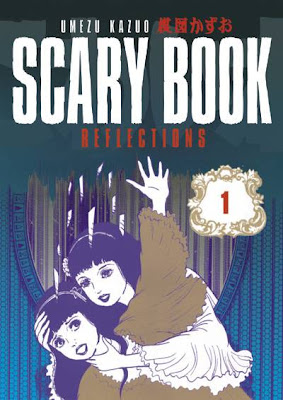 The first thing that comes to mind with Scary Book is that it's a weaker Museum of Terror. Both share the same concept after all -- a collection of short stories from a renowned manga horror writer/artist. But that is an unfair comparison. Kazuo Umezu predates Junji Ito and that is perhaps the series's biggest problem: it's dated.

Honestly, the Scary Book series isn't bad. It lives up to its namesake: it's scary rather than horrifying or terrifying. And on its own, it ain't bad, especially if you read it two decades earlier. But the problem is that you're comparing it to modern times or better yet, modern mangaka. Reading Museum of Terror and then reading Scary Book for example simply puts the latter in a bad light.

Still, Scary Book is a monument to what's been done in Japanese comics and the possibilities of the medium. If you must get one horror collection, this isn't it. But if you have the budget to explore manga's horror history, Scary Book is a great footnote.