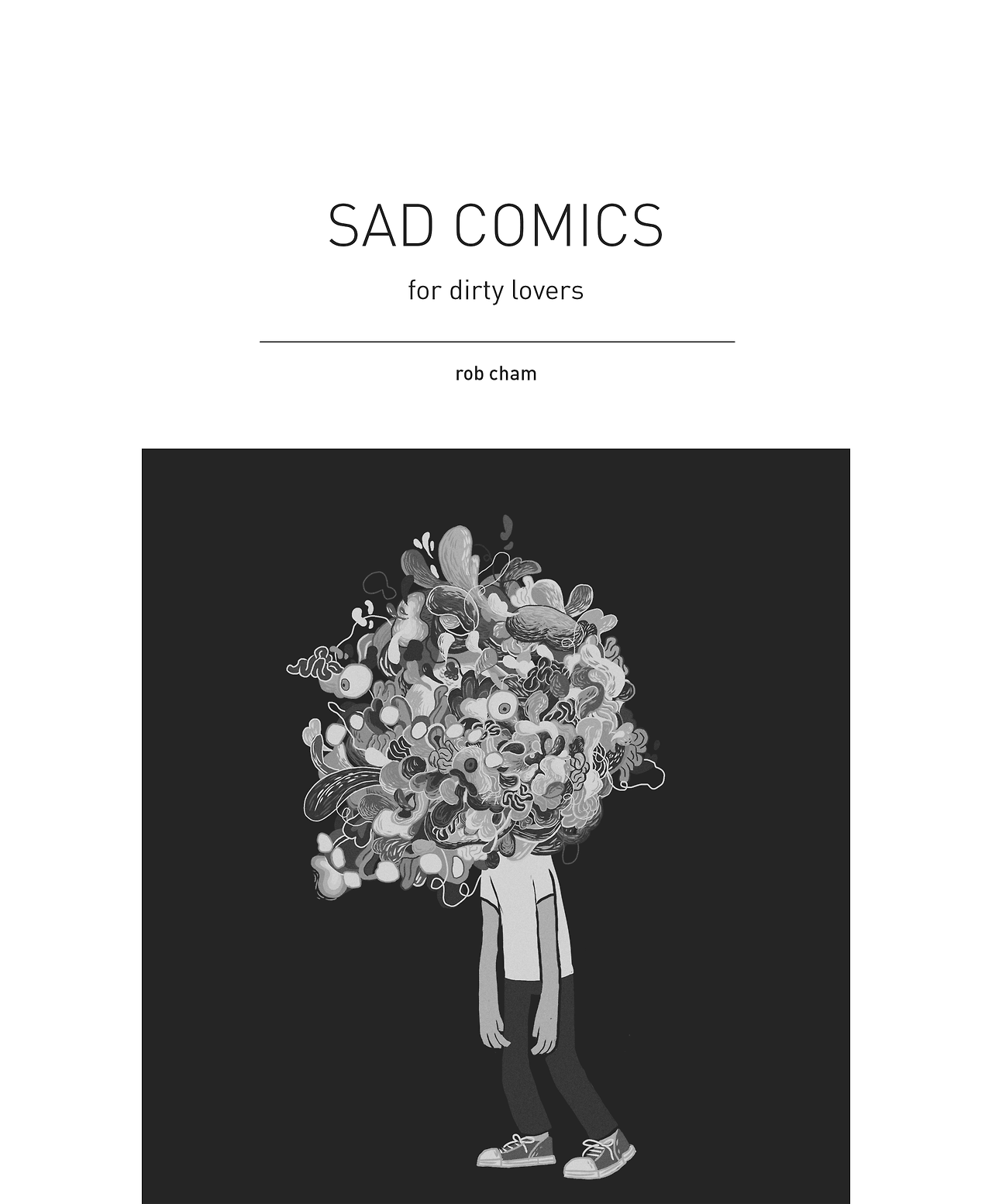 Sad Comics for Dirty Lovers is one of those anthologies that's raw, unfiltered, and born from passion. It lacks a certain polish, not in terms of art or design, but in terms of editorial direction that can leave the reader baffled. But one could argue this lack of polish is what gives some of the stories their edge, the courage to experiment and fail if need be.

Thematically, Sad Comics for Dirty Lovers is Rob Cham's breakup anthology. Or at least that's the expectation established by the title, the opening comic, and the epilogue. Where it starts to stray are Cham's collaborations with Petra Magno ("Spooky Tales of the Here and Now") and Auti Nones ("Comics for Millenials"), which are actually quite entertaining and witty, but don't seem to fit with the larger arc that Cham initially pitches to the reader. It might have been an attempt to break the monotony of heartbreak-after-heartbreak, but that's what the single-page strips of Apol Sta. Maria already accomplishes with its insertion before each piece.

The challenge of any anthologist working with a theme is to make sure not every story reads the same. And in many ways, Cham's selections fail in that accord, as what we often end up are literal heartbreak stories juxtaposed with images. At its worst, we have "Untitled" by Carljoe Javier, which simply does not work on several levels: the lack of a title is undeserving, and there's no build up for the narrator we're supposed to feel empathy with. Thankfully, the other contributions make better attempts. "Un-You" by Petra Magno tries to engage with the concept of heartbreak via metaphor, and it barely works. What salvages it are the telling details that convey Magno's personal investment in the narrative. "My Favorite Christmas" by Mihk Vergara plays with two different stories, one told by the text, and the other by the images. They're supposed to converge and be related, but it's an all-too transparent ploy.

What follows suit is either intentional genius on Cham's part or serendipity borne from modesty. In many ways, I think one of the stronger comics in the anthology are Cham's, especially the opening comic "Break Up 2013". It doesn't pretend to be anything else other than Cham's state of mind, sprinkled with the occasional conflict of how he says one thing but feels something else. Then compare that to what should have been Cham's epilogue, "How I Live Now," which provides perfect closure for the comic. It's also interesting how there's a subtle change in the art between "Break Up 2013" and "How I Live Now," showcasing the transition from one state to another. The last story is what everyone should read read read and buy buy buy: "Beehive Heart" by Petra Magno. Magno employs the best tools of metaphor--or even speculative fiction for that matter--to convey the turmoil of experiencing relationships. I spent P250.00 on Sad Comics for Dirty Lovers and "Beehive Heart" makes it a bargain. What makes this the genius part is that if this was intentional, what seems like Rob's story (his character opens and "ends" it after all) is actually giving way for Magno's, which is the superior story. From a structure perspective though, "How I Live Now" provides better closure and should have ended the comic (with "Beehive Heart" somewhere in the middle of the book), but it's the rawness of publications like these that highlight the gems.
Posted by Charles at 6:57 AM