Not to be confused with a review, here's my initial thoughts on some comics I got during the recent Summer Komikon: 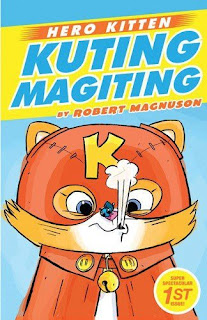 
It's simple and straight-forward in terms of plot, but Kuting Magiting is nonetheless heartwarming. Don't let the simplicity fool you, however, as this elegance is proof of how meticulous and skillful Magnuson is when it comes to the comics format, best illustrated by this panel: 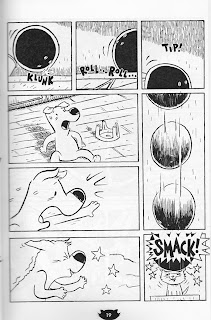 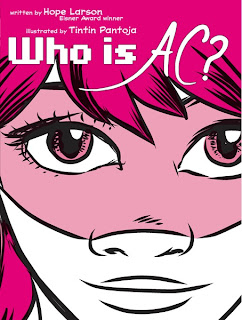 Who is AC? by Hope Larson (writer) and Tintin Pantoja (illustrator)


Black-and-white with a touch of pink is a nice touch, but what caught my attention is how modern and apt Who is AC? feels. While there's lots of formulaic elements, what turns it around is Larson's mastery of characterization and voice of her teen characters. This graphic novel however is a setup for a series, and I hope it gets continued. Besides, where else do we get to read an American comic that a) is targeted at teens, b) prominently features a female person-of-color as a protagonist, c) written and drawn by female comic creators. 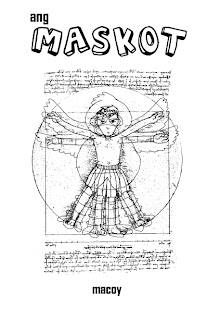 
Snappy and upbeat, Ang Maskot captures an element of the Filipino zeitgeist and weaves an adult narrative around it without falling into the temptation of cynicism. While it doesn't have as much depth as School Run (and appropriately so since this is a self-contained story), it highlights many of the strenghts of Macoy's comics. 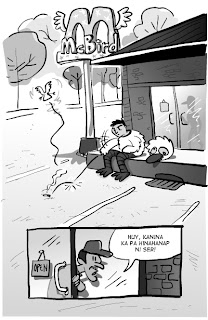 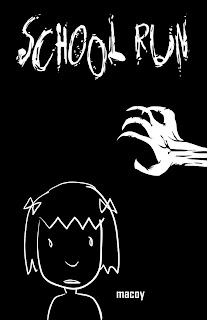 
There's a lot to love about Macoy's School Run. The art alone is an interesting juxtaposition between the bleak setting and iconic characters. But don't let the simplicity fool you: over the course of each issue, Macoy packs depth into his characters, at the same time imagining a setting that organically resonates with Philippine pop culture, such as the parallelism between the zombie outbreak and typhoons ("Signal #1 Laaang? Sayang!"). Or something as simple as naming a cat as Catniss. 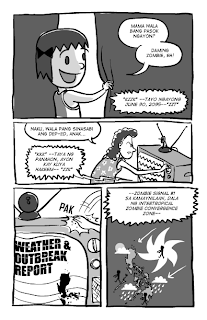 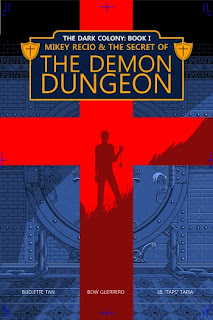 
The art is undeniably gorgeous and the setting makes great use of the Philippines, but ultimately, this IS a prologue, so the question is whether the team of Tan, Guerrero, and Tapia can sustain the momentum and flesh out the narrative before George R. R. Martin releases the last novel of A Song of Ice and Fire. 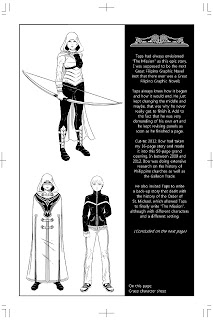 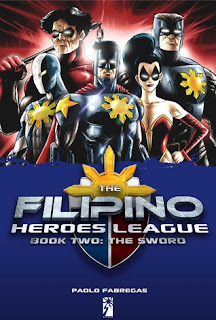 
The previous volume was honestly problematic and this book still has its flaws, such as its indulgence when it comes to the wish-fulfillment aspect. But that aside, there's a significant improvement in terms of the art (and consistency), and with secret origins done away with, Fabregas keeps the ball rolling and creates an atmosphere similar to a thriller novel. What's interesting for me is how the focus on the political is amped up, and is quite appropriate since this is an election year.

Email ThisBlogThis!Share to TwitterShare to FacebookShare to Pinterest
Labels: not a review