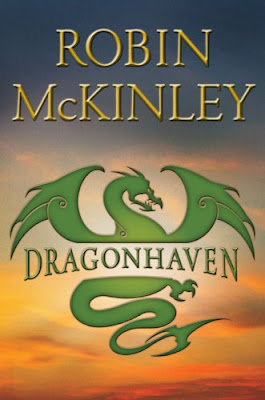 Dragonhaven is one of the easier books to review because I precisely know what I liked and didn't like about it. McKinely writes a novel wherein dragons are just like any animal, complete with having its own scientific name. The conceit lies in the fact that the story is set in a national park, one that specializes in dragons.

McKinley has a distinct first-person style that on one hand, gives it a successful young adult voice, but on the other, can get dragging at times as it's one of the most inelegant ways of peppering readers with the info dump. Of course if you're the type that's more interested in the science of the plausibility of dragons, this might appeal to you, but for more impatient readers like myself, I'm more interested in the conflict.

Another problem of the book is that the author's goals is sometimes at odds with each other. For example, McKinley tries to be upbeat by ending its chapter with a cliffhanger. This would have worked in a shorter narrative but McKinley's prose is long and tedious, dampening whatever suspense the previous passage built upon. Then there's also the issue of characterization. McKinley actually writes a convincing cast but space for characterization seems to be competing with exposition.

Admittedly, Dragonhaven starts to pick up towards the latter half of the book but for some readers, this arrives too late. While McKinley is to be applauded for her detail and description, the pacing has room for improvement.
Posted by Charles at 7:36 AM

Thanks for the review! I was wondering about this book...