Guest Blog: Way Inside the Story by Karen Heuler 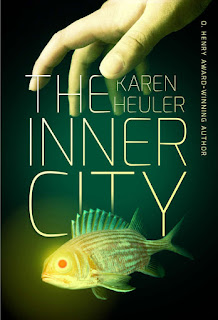 We are each of us residing in our brains, looking at a world we decode with our various brain functions. If we’re lucky, everything works well and we see the world as it is. And one reason I love Oliver Sacks so much is how deft he was at presenting us with people who don’t see the same world we do. His stories in The Man Who Mistook His Wife for a Hat are rich and surreal, as tragic and beautiful as fiction. These are stories that tell us how we assemble the world around us; and how the structure can fall apart and we won’t even know it.

In my short story collection, The Inner City, people accept what they see no matter how “unreal” it may be; for them, it’s just part of their day. A woman comes across people growing up out of the soil, and because she’s retired and no longer of use, she finds a new purpose in allying herself with them. I imagined, for a while, writing a bunch of stories called “The League of Invisible Women”—stories that would show the power of women who have become socially invisible because they’re no longer young and lithesome. This could be one of those stories. She might be the only one who understands what’s happening and who chooses what to do about it. And because no one sees her as a threat, she’s invulnerable.

Most of my stories get their start from items in the news or other media. We’ve all seen occasional pieces about science and medicine trying trans-species grafts: mice with “human” ears; transplanted organs from pigs and apes or even dogs. Those transplants haven’t worked yet, but eventually something will work, in some variation that alarms us and then slips by us as it becomes familiar—like genetically modified food. At that point, not only will we grow transplants from “disposable” animals, we might see what happens when we mix and match desirable traits from humans and animals.

Not a nice thought, actually. I used this premise in “Down on the Farm.” We like dogs for their eagerness to please; mix that with male dominance and male desires and you get a very nasty world with an underclass of female human-dog hybrids as a new servant class. How would you feel about it—about using hybrid animals without having to worry about protecting anything like their rights?

This collection does tend to notice the animals around us. There are stories about fish that grant wishes; fish that walk and appear to be organizing themselves; there’s a cow that a girl creates from discarded packets of meat she got from the store. In “The Difficulties of Evolution,” people evolve into animals at some point in their lives, and the trick is to discover which one you are. Don’t we all know people who remind us of bears or cats or birds? What would happen if they stopped looking like them and started being them? Would they just be moved from one category to another in our brains?

We know things are going on behind our backs and it’s only a matter of time before it’s evident. It’s only too likely that someone else, behind the scenes, is controlling the parking spaces. Nothing is more inevitable than an ultimate showdown with nature. And haven’t we all been warned to be careful what we wish for? These stories are all based on reality! I wouldn’t be at all surprised if all of them were true.

And now to get back to Dr. Oliver Sacks and his patients.

The brain creates stories. The brain creates plots. The brain constantly tries to create a narrative. Writers are a lot like the brain—noticing, analogizing, finding a pattern, making it into a meaning. Telling a story. And readers like to find the stories that match up with that vaguely uneasy feeling they’ve been having. A good story makes life meaningful rather than random. It takes the memories and observations in our brains and comes up with a structure that rings with authenticity.

But is a story real? 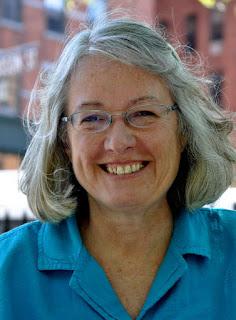 Karen Heuler's stories have appeared in over sixty literary and speculative journals and anthologies, including several "Best of" collections. She's published a short story collection and three novels, and won an O. Henry award in 1998. She lives in New York with her dog, Philip K. Dick, and her cats, Jane Austen and Charlotte Bronte.